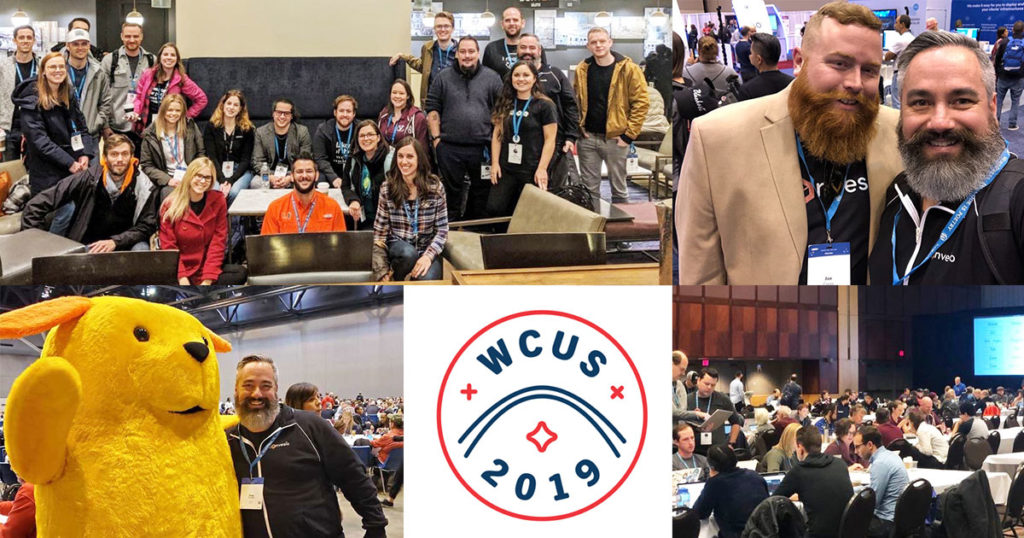 Now that WordCamp US is a few weeks behind me, I’ve had time to sit down and think about how impactful this event was to me as a member of the WordPress community. To give you some background, I’ve been involved with WordPress for a long time. But it wasn’t until starting my company, Convesio, that I officially became a WordPress business owner.

WordCamp US 2019 was not only my first time at a big national WordCamp — it was my first WordCamp, ever. I’ve spent the last 20 years speaking and attending trade shows in various industries, but I went in without fully knowing what to expect. The WordPress ecosystem is so large, I was feeling a bit intimidated!

Here are my first impressions:

First Impression on Matt Mullenweg’s “State of the Word 2019”

There were so many terrific speaking sessions, although I only attended one (more that later). It's the same one that most, if not all WordCamp US attendees, have seen: Matt Mullenweg’s annual State of the Word. You can catch the recording on WordPress.tv if you missed it.

Unfortunately, I thought this was a missed opportunity to address so many of the newsworthy recent events. Keynotes at most trade shows I've attended in the past are the main event with lots of build up, anticipation and amazing content. About half way through his keynote, I was left asking myself why he did not use this time to mention the major events happening within the WordPress ecosystem.

2019 has been a really exciting year for WordPress and Automattic, thanks to the Tumblr acquisition and a $300 million investment from Salesforce. To be sure, there are a lot of things happening in the WordPress ecosystem right now but these big hits weren’t mentioned at all during the State of the Word, with only a passing mention of Tumblr during the audience Q&A.

With such newsworthy happenings, why wasn’t either mentioned? I heard from a friend that these were things happening with “Automattic” not WordPress in general, but seems like we are ignoring the elephant in the room. Matt chose to focus much of his time on Gutenberg which I did think this was enlightening.

After all, many community members came into WordCamp US 2018 feeling contention towards it and we were due for an update. The overall sentiment toward Gutenberg at WordCamp US 2019 was a little more positive, especially when Matt Mullenweg shared more usage data and plans around future Gutenberg updates.

And who can deny the awesome reveal that occurred when Matt showed the audience that his presentation slides all lived within Gutenberg?

My biggest takeaway is that Gutenberg really is the future of WordPress.

I went in thinking that Gutenberg could be classified in the same realm as the Classic Editor. But people will always want more sophisticated layout tools (like Elementor). Gutenberg and third-party page builder tools can work in tandem with each other and it seems like Automattic’s hope is that developers will create blocks associated with their page builder tools that can be used within Gutenberg.

No matter what happens next, one thing can be said for sure: there will be significant changes in terms of how plugins work with Gutenberg.

I’ve also got to say that I’m stoked about upcoming collaborative editing functionality — I wasn’t aware this was in the pipeline.

At any rate, for me, the best part of the State of the Word was the audience Q&A.

I really appreciated the diversity of people and perspectives who stepped up and the thoughtfulness of their questions — they clearly put a lot of forethought into what they were asking.

No matter what you think of our benevolent dictator for life, you have to give the guy kudos for this exercise in transparency. Not many CEO’s would take random audience questions at such a high-profile event. I think that he did a great job answering whatever came at him. It’s a model for how transparent I want Convesio to be.

Building Relationships in the Hallway Track & Beyond

While I wasn’t busy with sessions during WordCamp US 2019, I was busy running around to meet many people in the community that I respect. I just want to take a moment to show appreciation for some of these wonderful individuals:

While I was in town, I also had the opportunity to attend several after-parties and events. The GoWP party happened on the first night of WordCamp US, right before WordFest. I met a lot of great people, like Donata Kalnenaite from Termageddon and ran into a new friend, Robert Jacobi. All in all, I appreciated the diverse crowd of attendees: agency owners, developers, product companies, plugin companies, and so on.

One thing that was extremely obvious is how open and friendly everyone is. It’s certainly a misconception that when you don’t participate, the WordPress community can be cliquey. I was overwhelmed by the generosity and graciousness of all present: even those you might consider as my “competitors” in the hosting space. I got the distinct feeling that we’re all in this together and we can all have success together.

I had the chance to meet Akshat Choudhary from BlogVault at WordFest. We had a great conversation about company growth, where I asked if Akshat could tie his WordCamp attendance back to generating new customers for his business. Although he admitted that it was hard to share definitive data, he’s gone back through his customer list and noticed how WordCamp connections have led to new business.

Which brings up a good point:

You don’t go to WordCamps to sell your products as you might do at more traditional industry trade shows. In fact, at those types of events, you might not even go personally as a company’s founder — you’d send your sales team.  But WordCamp isn’t about selling people your product. It’s about being present and being involved in conversations, contributing, and building relationships that benefit both parties.

In a traditional tradeshow world, I would’ve had a booked calendar with meetings but at WordCamp US, my schedule was completely open (but full) the entire time! Another related WordCamp US takeaway: you need to leave room in your schedule for organic events to happen.

Speaking of which, I met up with Alex Denning for his fireside chat with other WordPress marketers. The event came together and spread organically through social media without any prior planning. It was really cool and I was again struck by the idea of community over competition — we all shared ideas freely. I’m thankful to have been invited to be part of the conversation.

Sticking Around for Contributor Day

My main driving factor for attending WordCamp US was the opportunity to get involved at Contributor Day. Not everyone made plans to stick around after the main conference, but I’m so glad that I did!

Even without past experience as a WordCamp attendee, this particular aspect of the event stood out to me as an opportunity to give back while making connections with some really cool community members.

I wanted to learn more about the process around contributing, even outside of WordCamp events. It was useful to start with this in-person session, helping with hosting-related needs. It’s certainly easier to meet and connect with people in person instead of virtually, over Slack. Now I’ll be able to put faces with names as Convesio’s team contributes 5% of our time back to WordPress via Five for the Future.

A few takeaways from Contributor Day:

And one last big thing — while at Contributor Day, I learned about the WordPress Survey from Andrea Middleton.

I strongly believe that every WordPress business can benefit from access to this data. The fact that Automattic is making a comprehensive survey is a major help as our market starts to mature, giving more insight into user demographics, desired services, and the struggles people face. As a business owner this will help us from raise capital to product development.

My Final Thoughts on WordCamp US 2019

After attending my first WordCamp, the big one, I’m feeling an overwhelming sense of positivity and a renewed sense of connectedness to the community now that I’ve made so many in-person connections. Hand-in-hand with this is a strong drive to contribute to WordPress with a companywide approach for Five to the Future.

I’m already looking forward to the next one — I know I’ll see familiar faces that I’m excited to talk to again.

Finally, as a newcomer with no past experience at WordCamp to compare to (but many past trade shows to draw from) this is, by far, the most passionate, inclusive, accepting, and gracious audience of people I’ve ever been around at any industry event.

The power of all these people rallying behind WordPress is immensely moving. If attendance at WordCamp US 2019 was considered to be lower than usual, WordPress is only getting more popular.

And it’s on us to bring more people into this community.

When I got back, I told my wife that I was exhausted from “working” all weekend at a trade show. She called me out, saying “Don’t give me that BS — I can tell you had the time of your life”.

And I really, really did. 🙂