In an exclusive interview with Convesio, James Rose from Content Snare shares his exciting journey, insightful tips for launching a new product and more.

James Rose is a successful internet entrepreneur who transitioned from being an industrial automation engineer to founding a digital agency and ultimately founding a product that did not solve a challenge for his own company but for many others.

Let’s learn more about his story and the tips he shares about launching a successful product and automation.

1. Welcome James, and thank you for joining me for this interview. Please introduce yourself to our readers and briefly share your story before you became an internet entrepreneur.

I, unfortunately, don’t have a cool story about starting my first business at 6 years old selling random stuff at school. For me, it was a pretty traditional route. I was good at numbers and science, so ended up studying Engineering, then a master of Engineering Management. My career started in industrial automation – writing the code that makes big machinery run. That was pretty cool.

2. How did you transition from being an industrial automation engineer to a web developer? Was it intentional or coincidental? What new skills did you have to acquire for pursuing web development as a profession?

Someone invited me to a conference on internet marketing. It was a kind of light bulb moment, realizing you don’t have to work for someone and could build your own thing. Those were the days of being able to create websites, get them to rank on Google, and make money by putting ads on them (that’s still a thing, just not nearly as easy).

Since WordPress was around at that point, I learned to build websites with that, with a lot of help from Google. I’d say it was a bit easier for me since I already had a coding background. The principles of coding are pretty similar no matter what language you’re using.

The main skill that took a LONG time to acquire was learning how to sell. As an engineer, you just want to know about the features. But you have to learn how others think, and how to write words that sell.

3. At what point did you decide to found a digital agency Aktura Technology? What were the initial services you offered besides web development and how was running an agency different from freelance web development?

Fast forward a few years, I’d met my now business partner and we had built some software together in the SEO space. I began networking with other local business owners at random events that I found on Meetup.com. No one really understood what we did. When I said “we make software,” they’d somehow link that to websites. Then they’d complain about how they weren’t happy with their website, or whoever had built their website.

We figured if so many people were dissatisfied, we could make a web design business simply by doing a decent job with the websites we built. But as soon as you start doing websites, clients ask for other things as well. Like many agency owners, we said yes to services like Google Ads, SEO, Facebook, and more – and ended up spreading ourselves too thin. It’s a huge mistake that a lot of people make.

In the end, we stripped it back to only web development and it made the business MUCH easier.

4. What was the intent behind creating Content Snare? How did your team manage elements like product development, launch, and maintenance while running an agency simultaneously?

At first, it was going to be a tool for website briefs. But after talking to other agency owners, we realized that content collection was the biggest problem we all had. So, we pivoted before we’d even started. We wanted to make it easy to collect content from clients.

To run the software and agency at the same time, we kind of split the business. My business partner Mark handled the software development team, and I handled the website development team. Most of the marketing, like the launch, copywriting, emails, etc was me. By that point, a lot of the agency work was handled by the team so I had a bit of time to work on Content Snare instead.

5. What problems does Content Snare solve and how is it different from its competitors? What are its most popular features that customers like?

Our primary benefit is that Content Snare is extremely easy to use for end clients. That is, our customers’ clients. We put so much time into the client-facing UI because that’s the main factor in how quickly your clients will fill everything out. If it’s too difficult, they’ll just leave.

Our most popular feature by far is automatic reminders. People like that they don’t have to chase clients up and can just let Content Snare do it. Secondly, they like that the form autosaves. That way, there’s no chance the client loses work that they were halfway through completing. We had that happen to us a lot with traditional forms, which creates unhappy clients.

6. What suggestions or learnings can you share with new product developers? Especially in terms of validating the idea, writing good production software, managing within a tight marketing budget, and most importantly keeping the product valid for its users.

A lot of products go astray before they have even launched, by not validating if people will actually pay for what they are building. People will ask their friends if they like the idea, who inevitably say yes just so they don’t hurt their feelings. But that doesn’t mean people will pay for it. This can lead to months or years of work going down the drain.

With Content Snare, we used some initial content marketing to get a few hundred email subscribers. When we had some designs done to show what the app would look like, we wrote a blog post about how Content Snare would work and created a limited-time offer. People could buy a year upfront at a heavily discounted price. It sold out in a few hours, so we knew we were onto something. This was all before writing any code.

Managing the product going forward is pretty difficult. People throw all kinds of feature ideas at you. Many think that their idea is the most important. So you have to first manage their expectations by not making promises that features will be built unless you’re absolutely sure of it. We also avoid giving timelines because there’s always something that comes up.
Secondly, you have to prioritize feature development. We do this using the RICE framework – ranking each feature on Reach, Impact, Confidence, and Effort. So features that are easy that have a large impact on a lot of our users get built first.

7. You are also running a personal coaching site Jimmy Rose for teaching automation. Please share the idea behind this project and what business challenges you intend to solve with automation.

At a couple of conferences, I spoke about my experience automating a lot of my work with Zapier. People always got really excited about it and asked lots of questions. After a few prompts from friends, I decided to make a course and teach people how to automate.

The main business challenge that automation addresses are lack of time – which almost everyone can relate to. I estimate that we save around 130 hours of time across the business each month with automation, which is basically a whole person.

8. In your opinion, why should businesses invest in automation and what are the initial verticals they should consider automating first? What tools do you recommend?

The time savings have massive ROI – which should be enough to convince someone!

The places to start automating depend on the business. For service businesses, it’s typically client onboarding. But really – it’s wherever there is a concentration of tedious work that your team doesn’t like doing. Find processes where there is double entry or repetition – that’s where automation excels.

The main two tools I use are Zapier and Make.

9. You’ve been a part of the WordPress ecosystem for years now and have served many customers as an agency owner. In your opinion, why do so many online businesses struggle with scaling their WordPress sites or WooCommerce stores?

Running and scaling any business is hard. There are a lot of moving parts and things that can go wrong.

People often try to do too much and take on things that they shouldn’t do just to save a bit of money. The problem is they end up paying with their time, which has an even greater cost.

10. Besides the aforementioned ventures, what other projects are you currently involved with or planning to get started on?

Content Snare is the focus now. I’ve stripped back everything else to work just on that. Like many business owners, in the past, I tried to do too much. Usually, that means nothing actually works out well. So now it’s actually nice to focus on one thing and grow that. If I ever do take on something new, it’ll probably be in Web3.

11. Finally, when you are not working, how do you unwind? Please feel free to suggest any tips, books, podcasts, or YouTube channels that you like.

The main things are FPV drone flying, electric skateboarding, and watching cool shows with my wife. A few podcasts I love when trying to unwind are Against The Odds, 99% Invisible, and Cautionary Tales. 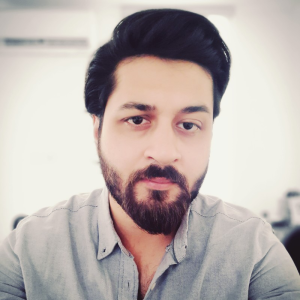